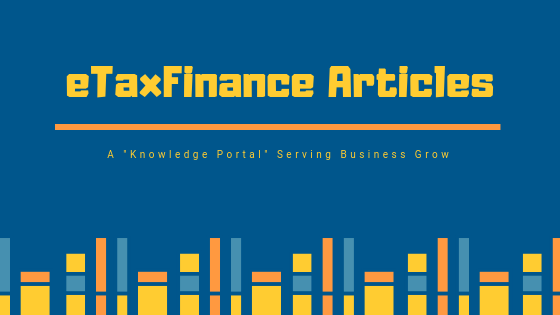 A company is referred to as Section 8 Company when it registered as a Non-Profit Organization (NPO) i.e. when it has motive of promoting arts, commerce, education, charity, protection of environment, sports, science, research, social welfare, religion and intends to use its profits (if any) or other income for promoting these objectives.

The income of NPO can not be used for paying out dividends to the company’s members and has to be for the promotion of charitable objectives. Such companies obtain an incorporation certificate from the central government and are liable to adhere to the rules specified by the government.

According to the rules, failure to comply with the responsibilities stated by the Central Government may lead to the winding up of the company on the orders of government. Besides, strict legal action will be taken against all the members of the company if the objectives laid down by the company proves to be bogus.

Eligibility to Apply for Section 8 Company

An individual or an association of individuals are eligible to be registered as Section 8 Company if it holds below-mentioned intentions or objectives. The objectives have to be confirmed to the satisfaction of the Central Government.

Incorporation of a Section 8 Company

Companies Act, 2013 deals with the procedure of Incorporation of a Section 8 Company and as per this section, an application in Form No. INC.12 has to be submitted along with below-mentioned documents to the Registrar of Companies.

Form no. INC – 13 – Company’s Draft Memorandum of Association (MOA) and Articles of association (AOA) in Form No. INC – 13 (as specified in Act) along with the affixation of subscribers’ photographs.

Form no. INC-14 – A Declaration is to be affixed in Form no. INC-14 that the draft MOA & AOA are compliant with the provisions & norms of section 8 and the requirements as per Section 8 have been duly taken care of.

Note: The declaration has to be made on stamp paper & should be notarized by an Advocate, a Company Secretary, a Chartered Accountant or a Cost Accountant, practising the profession.

Form no. INC-9 – Form no. INC-9 form first directors as well as each subscriber, on the relevant State’s stamp paper and appropriately notarized.

An estimation of the company’s future annual income and expenditure for the next three years, mentioning the sources of the income and the purpose of the expenditure.

Companies (Incorporation) Sixth Amendment Rules, 2019 dated 7th June 2019 to ease the Incorporation process has knocked off the need for filing Form no. INC 12, which was initially needed.
This amendment has made the Process of Incorporation of Section 8 Companies as easy & simple as that of other companies.

Section 8 Companies can be incorporated by reserving names in part A of Spice+ followed part B of Spice+ form or by directly filing Spice+. License No. shall be given to section 8 company during the incorporation.

When the Company Already Have the License Number

Stakeholders having License Numbers already before the filing of SPICe form may file the form as per their ease. However, one thing should be noted that form processing takes time to let the workflow changes to be effective.

Documents Requirement for the Registration of Section 8 Company

Number of Directors in a Section 8 Company

Section 149(1) of the Companies Act 2013 – prescribed minimum of 3 & 2 directors for public limited & private limited company respectively and a maximum of 15 directors.
But there is no minimum or maximum prescription for section 8 company.

The second proviso to section 149(1) – prescribes a woman director in a specified class of companies.

Section 149(3) of the Companies Act 2013 – prescribes resident director in every company.

Section 165 of the Companies Act, 2013 – says Directorship in Section 8 Companies will not be summed up when the total number of directorships will be calculated i.e. it will not be counting while adhering to the maximum limit of twenty Directorship as prescribed in the Act.

Section 149(1) of the Companies Act, 2013 – vide exemption notification dated June 05, 2016 stated that Section 8 Companies are not under obligation to appoint an independent director and are free from all the consequential provisions concerned with Independent directors.

Under Section 149(3) – Section 8 company must have a minimum of one Resident Director i.e. a director who has resided in India at least for a total period of 182 days (one hundred and eighty-two days) or more within the previous calendar year.

Total Number of Board Meetings and its Quorum

As per the exemption notification read with section 173(1) and 174(1), Section 8 companies must have at least one meeting within a period of 6 calendar months and the quorum for its board meetings is 8 directors or 1/4th of its total strength, whichever is less, respectively. However, the quorum should have a minimum of at least two members.

Disclaimer: The entire contents of this document have been prepared on the basis of relevant provisions and as per the information existing at the time of the preparation i.e. June 1, 2021. Although care has been taken to ensure the accuracy, completeness and reliability of the information provided, We assume no responsibility therefore. Users of this information are expected to refer to the relevant existing provisions of applicable Laws. The user of the information agrees that the information is not a professional advice and is subject to change without notice. We assume no responsibility for the consequences of use of such information. IN NO EVENT SHALL WE SHALL BE LIABLE FOR ANY DIRECT, INDIRECT, SPECIAL OR INCIDENTAL DAMAGE RESULTING FROM, ARISING OUT OF OR IN CONNECTION WITH THE USE OF THE INFORMATION.