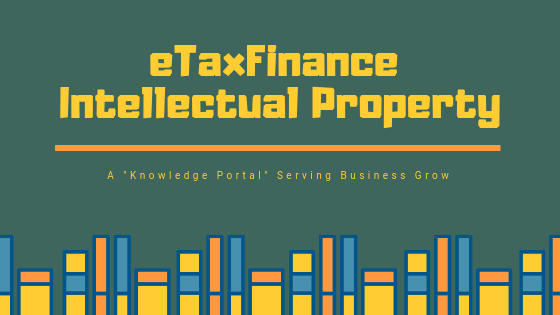 What is a Trademark Opposition?

A Trademark Opposition is an administrative proceeding before the Registrar of the trademark, wherein one party seeks to prevent another from registering a trademark. Once the trademark is published in the Trademark Journal, any aggrieved person can oppose its registration by filing a notice of opposition with the Registry.

For filing a notice of opposition, the period of limitation of 4 months from the date of the advertisement or re-advertisement of the trade mark in the Trade Marks Journal is extremely important, as this time is non-extendable for any reason, whatsoever.

Who can file a Trademark Opposition?

Section 21 of the Trademarks Act, 1999 states that ‘any person’ can file the notice of opposition. It includes any natural or legal person like companies, partnership firms etc. Trademark opposition filing can be filed by an Indian or foreign customer, member of the public or competitor or any other person.

i) Already Registered-The owner of an earlier trademark application or registration covering a similar Trademark for similar goods.
ii) Prior User- A person who has used the same or a similar trademark prior to the client, but who haven’t registered his trademark.

The Act provides that any person can file a notice of opposition against the trademark and the Opponent is not required to have an application/registration in India to oppose any trade mark.

What is the period within which a Notice of Opposition can be filed?

The Notice of Opposition has to be filed within four (4) months from the date of publication of the mark in the Trademark Journal. The period is not extendable under any circumstance.

Where to file the Notice of Opposition in India?

What are the different Grounds for initiating a Trademark Opposition?

Following are the grounds under which an opposition may be filed:-

What are the Documents required to file a Trademark Opposition?

i) Details of applicant: Name, Address, Nationality, etc of the applicant. Body corporates/other categories need to provide with registration certificate.

ii) Power of Attorney: It allows the attorney to file the trademark opposition on your behalf.

iii) Affidavit: Affidavit with the basic information about the trademark and its user date and proof of use.

How To File A Trademark Opposition in India?

Following are the steps to file a Trademark Opposition in India:-

STEP 1: Filing a Notice of Opposition

The trademark has to be opposed once the same has been published in the Trademarks Journal within a prescribed period of four (4) months from the date on which it was advertised.  If the Registry is satisfied with the notice, it will then serve a copy to the concerned applicant. The applicant has two (2) months from date of receipt of the notice to file a counterstatement or else the Registry may deem the application of the trademark as abandoned.

STEP 2:  Filing of Evidence in support of Opposition

Within two months (extendable by one (1) month of receiving the counter-statement, the Opponent has the choice of providing evidence in support of his opposition in form of an Affidavit to strengthen the case. The Opponent can choose to waive filing an Affidavit if he wants to rely on the facts stated in the notice of opposition. Whatever maybe the choice, the Opponent has to inform the Officials and the other party within the prescribed time otherwise the opposition will be tagged as abandoned.

STEP 3: Filing of Evidence in support of Counter- Statement

Within two (2) months of receiving evidence/intimation of waiver by the Opponent, the Applicant has to file evidence in support of his counter-statement /application. The Applicant also has an option to waive his right to submit any evidence.

Within one (1) month of receiving evidence/waiver, the Opponent again has the option to file additional evidence in support of his opposition. This option is given to achieve some sort of finality in the proceedings, to rebut the evidence produced by Applicant.

Upon completion of the evidence stage, the Tribunal generates a hearing notice specifying the date on which the parties will be heard.  A request for adjournment can be made under Form TM-M, at least 3 days prior to the hearing date. Further, the maximum number of adjournments that can be requested by a party are restricted to 2 and the duration of each of such adjournment are restricted to not more than 30 days.

The Registrar shall upon hearing both the parties and reviewing the evidence submitted determine on whether the trademark shall be registered or not thereby bringing the opposition proceeding to a conclusion. However, the party aggrieved by the Registrar’s decision may challenge the same by filing an appeal before the Intellectual Property Appellate Board.

Disclaimer: The entire contents of this document have been prepared on the basis of relevant provisions and as per the information existing at the time of the preparation i.e. April 23, 2021. Although care has been taken to ensure the accuracy, completeness and reliability of the information provided, We assume no responsibility therefore. Users of this information are expected to refer to the relevant existing provisions of applicable Laws. The user of the information agrees that the information is not a professional advice and is subject to change without notice. We assume no responsibility for the consequences of use of such information. IN NO EVENT SHALL WE SHALL BE LIABLE FOR ANY DIRECT, INDIRECT, SPECIAL OR INCIDENTAL DAMAGE RESULTING FROM, ARISING OUT OF OR IN CONNECTION WITH THE USE OF THE INFORMATION.